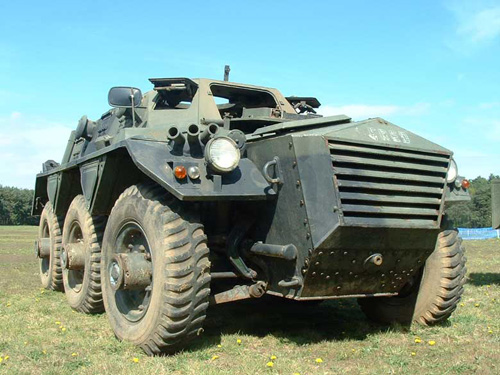 Every two years in the Docklands in East London the worlds largest arms fair rolls into town, DSEi (Defence Systems Equipment International). Delegates from 36 countries come to browse the latest in military hardware on offer. Regardless of human rights records, or intention, arms companies offer everything from warships to rockets for sale. Countries who are currently at war (sometimes with each other) are invited along to out bid each other, whilst the dollar signs flash in the arms dealers eyes.

Each year several companies are thrown out for breaking UK law, be that displaying illegal weapons such as cluster bombs or even torture equipment. However as the fair is part funded by the UK government (to the tune of about £400,000) they have previously stopped the firearms squad from raiding the fair. In fact, the government provide £4 million pounds worth of police to protect the arms dealers each time around.

Taking objection to our governments lack of ethics in putting on a fair for people who, to put it bluntly, make their money out of violence and death, the Space Hijackers have turned up on several occasions to try and disrupt the fair and embarrass the arms dealers about their dirty trade.

On previous occasions unfortunately, we have always ended up being escorted out of the way by police and banned from the area. We began looking for a way of stepping our protest up a level or two. We also realised that aside from winding up arms dealers we would like to come up with something which would interest the media as much as possible. If you speak to people in London, hardly any are aware of the fact the fair even exists, let alone what it consists of.

Little did we know the stress, panic, paranoia and sheer chaos that those four words would cause us over the next few months. However after more beers, we managed to persuade the rest of the hijackers into the plan and we were set to go.

Now all we needed was several thousand pounds! hmmmm

Fundraising for a tank...