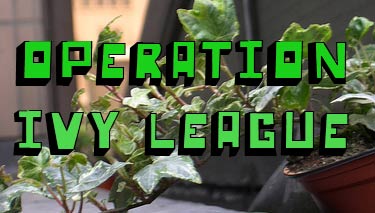 When secret Agent Ladybird is not causing trouble with the hijackers she also runs storiesfromspace.co.uk a wonderful website of her creations.
One of the projects she had been cooking up for a while was Operation Ivy League, so when she proposed the idea to the Hijackers at one of our meetings we jumped at the chance to join the ivy revolution!

The plan was simple: Sneak into the city one Sunday afternoon and plant ivy and other climbing plants in all the forgotten corners of the corporate buildings, then sit back and watch as nature does it's magic and the city is turned into a green jungle! The project took a bit of planning, and a month before we were due to head out we found ourselves growing ivy from cuttings ready for the big day. 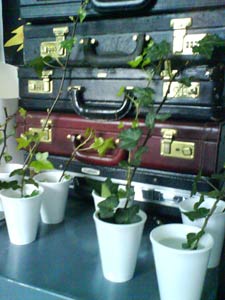 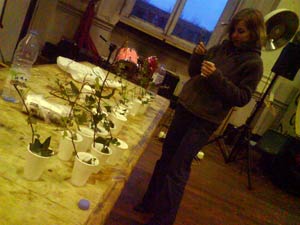 Ladybird tends to our cuttings

A little concerned at the greenness of our fingers we also took the precaution of meeting up on the day at London's famous Columbia Rd flower market, to top up our green ammo. Ivy, honeysuckle and other goodies were bought and we started the short walk into the city with armfulls of plants. 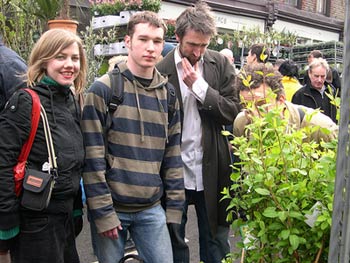 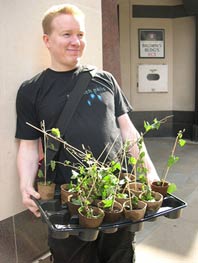 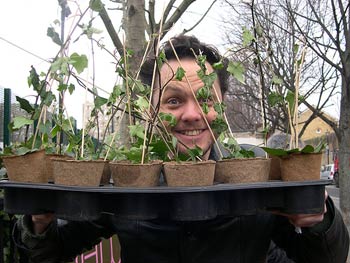 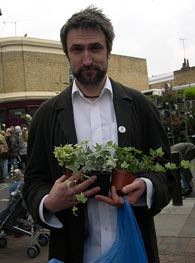 Agent Bristly Pioneer had scouted the city the weekend before looking for suitable spots, and as we walked past the griffin guarding the entrance to the city, we were looking forward to a troublesome afternoon's hijacking. First stop was just by Liverpool St station, where we notices some rather drab looking bus stop shelters right next to a huge corporate office block. 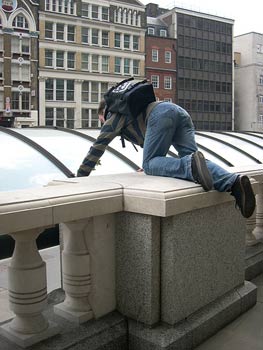 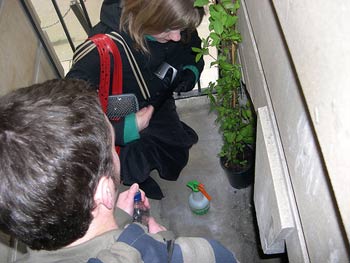 Agent Zargof balances above the bus stop, and ladybird secures her honeysuckle

At the back of the shelters, slightly out of view was a gutter which we slipped our ivy pots into before un-suspiciously walking on, next stop was a small alley between two buildings, at the end of which was a low window into possibly the most depressing office in the city. Agent Ladybird took it upon herself to liven up the workers view with some greenery.

We passed the Guerkin building and around to the Lloyds tower, planting as we walked before heading up to a disused overhead walkway which backed onto another tower of offices. Agent Zargof was carrying two huge bags, which he plonked down by the wall. Inside it turned out he had not only a huge bag of compost, but also around a dozen rasberry and redcurrant stalks ready to be planted! 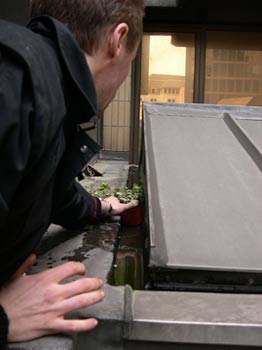 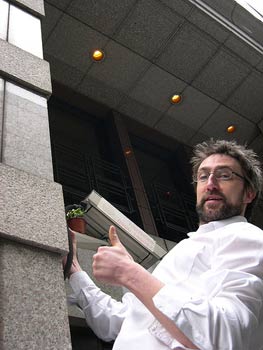 It wasn't long before we started getting more adventurous with our planting, and soon found ourselves scaling walls, scrambling about in places we shouldn't have been and generally exploring the limits of where we could reach. 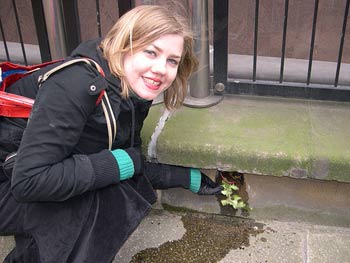 Ladybird finds a perfect hole for her ivy.

We made our way along overhead walkways, through alleys, onto rooftops and covered ourselves in dirt. Taking it in turns to place our plants we soon started looking at the city in a totally different light. Every nook was a possible plant pot, we searched for places out of view of the CCTV, we looked over ledges and under arches. 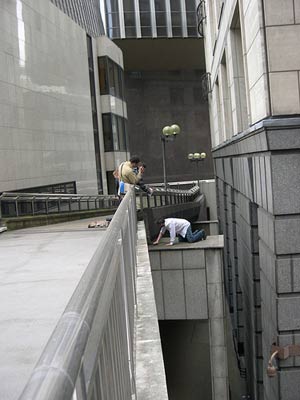 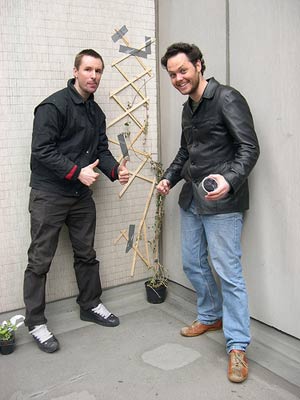 Agent Unbreakable risks a drop of death to position his plants, whilst Bristly Pioneer & Greenman gaffa tape a trellace to a wall.

Fearing that we were being watched on every CCTV camera in the city we speedily made our way around, often switching direction and looking for blind spots. One such spot was through a gate high up above the roads. Walking around the corner we found a totally secluded spot right half way up a huge office block. Greenman & Bristly set to work attaching a trellace to the wall and winding a 5ft ivy plant through it. Whilst this was going on other agents were busy on look out and placing plants above a doorway. 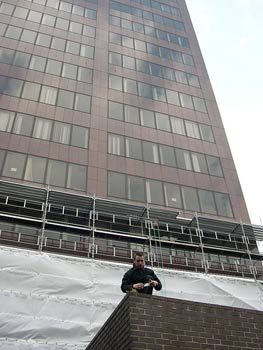 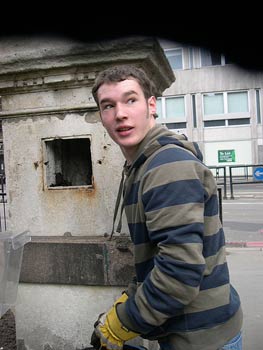 Bristly scales a roof and Zargof looks out for the coppers!

Moving on to an old chuch near Liverpool street there was access to the nearby rooftops, and numerous holes which were perfect for planting. However we were beginning to run low on plants and were getting really hungry. So heading back in the direction we came in, we decided to take a final tour through the broadgate centre. 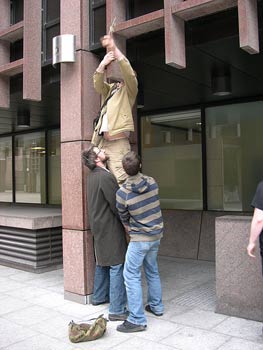 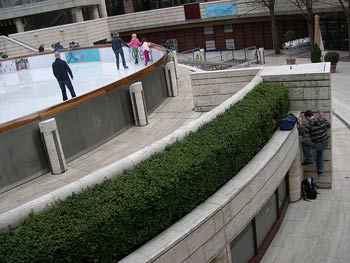 With it's own private security force in place, it was going to be quite a mission to plant anything here. However, always up for a challenge, agent Zargof scaled a wall right under the nose of a guard and planted more of his rasberrys. Not to be out done by the whipper snapper agent Nutroast placed the final plant of the day on what is possibly the worlds largest trellace, running up 8 storeys of office block. 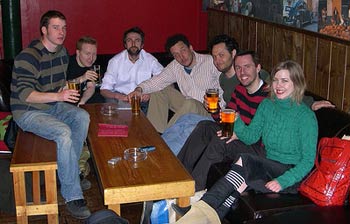 Tired and hungry we finally left the city and headed off for lunch and beer, a job well done.