Mobile Phone Snooping Spoof.
The idea for this project has been banded around in our agents notice boards for a while now first suggested by an agent who goes by the name of Lucky, agents from England to America have had their input and we have now finally given it a test drive. 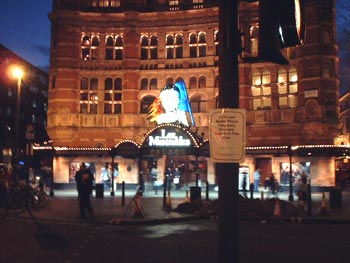 The idea was simple, create a series of plastic signs informing the public that alongside CCTV surveillance, mobile phone conversations were being monitored in certain areas. Small print at the bottom of the signs would tell people that the scheme was intended to reduce crime etc.

As our agent put it "I think people would be upset, and perhaps it would make them think a little harder about the privacy they have already given up to the cameras, and make them question where the line should be drawn on surveilance". 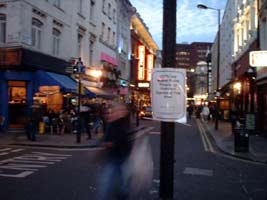 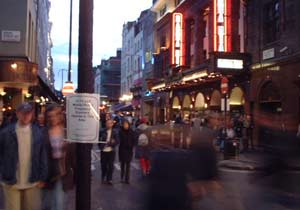 We decided to tie the project in with Westminster councils new CCTV scheme, creating blanket coverage of Londons West End.The scheme, advertised with cartoon pictures of happy people and flowers, turns the West End into some kind of 1984 nightmare, installing dozens of facial recognition hidden cameras and a mobile CCTV vehicle. Benefits given for the new scheme include bizarre claims such as "a more attractive shopping and entertainment area", "Faster response to potholes"and "Improved monitoring of emptying of litter bins". 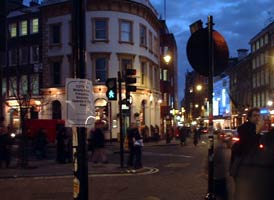 The text on the signs reads as follows:

The signs were put up all around the West End, by a couple of agents one evening, we are keeping an eye on them to see how long they stay up for. 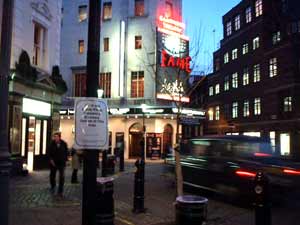 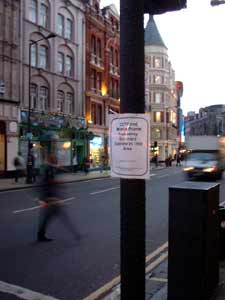