The Space Hijackers take part in our first proper exhibition, with a showcase of various projects we have been involved in over the years.

After having shunned the idea of being involved in the art world for many years, we were approached by the lovely Alistair at the Northern Gallery of Contemporary Art in Sunderland. We were hesitant at first, however for a long time we have been looking to expand our operation out of London and link up all of the Space Hijackers who live in the North of England, so this seemed like a good opportunity. Plus the fact that Space Hijacker and amazing photographer Immo Klink was already onboard the show, it seemed like a perfect match. 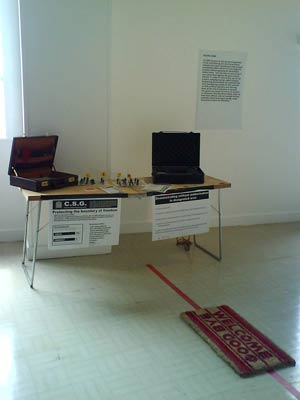 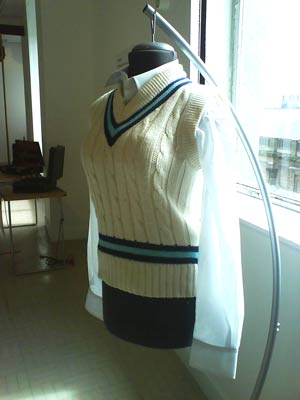 We decided to concentrate on several major projects or themes within our work, showing video's, props, outfits and other paraphenalia which we have come up with to go with each project. This way we thought we could give a bit of an overview of what we get up to, and hopefully let people understand the strange beasts that the Space Hijackers are. The projects we chose to represent were The Circle Line Parties, Guerilla Benching, Mayday's, DSEi arms fair, Corporate Games, Midnight Cricket and the SOCPA zone. 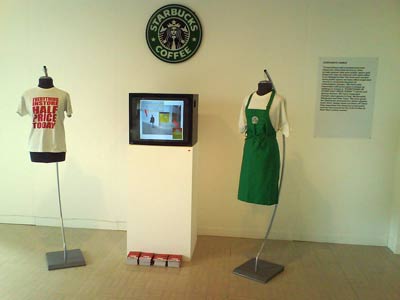 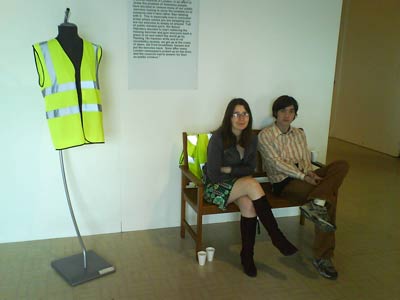 Corporate Games outfits and a Guerilla Bench with agents Invisible Parsnip and Diving Arms Dealer on it.

With mannequins supplied by the gallery, videos mounted on plinths and text panels, things were all starting to look a bit like a regular exhibition, so we figured we should space hijacker it a bit more. 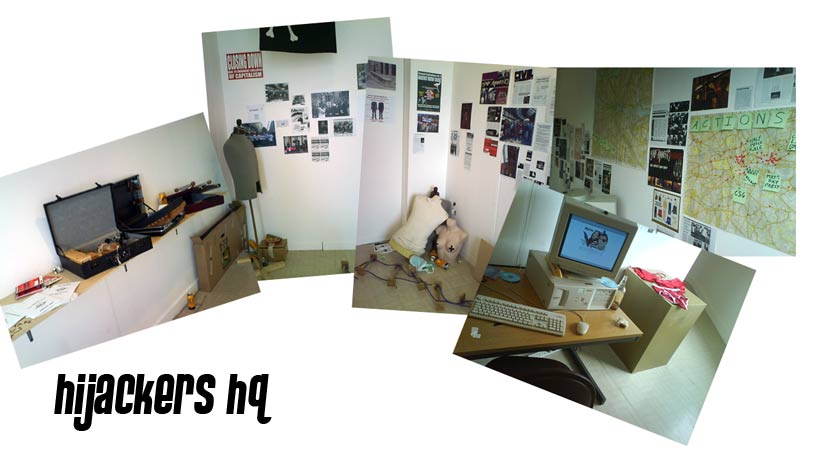 So at the back of the gallery we built a mock up of the Hijacker HQ, complete with piles of junk, empty beer cans, random equipment and posters, flyers and pictures from things we have been up to. To take things a bit further, and slightly mock the plinths our work was on, we also decided to install some special GOLDEN plinths:

On top of each plinth was an essential piece of hijacker equipment, which we wanted to show off to the visitors, however hidden inside was a quiet recording with each one, daring visitors to start playing with the props, swing cricket bats, drill holes and run around in the underwear. The final touch to our show, was a golden pole dancing pole, with the base from one of our Circle Line Party podiums. With a disco ball attached to the roof above it, and free tequila bar right next to it, we hoped to get a bit of a party going in the gallery. 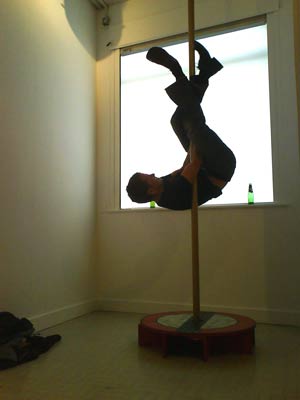 Immo Klink shows us some skills. 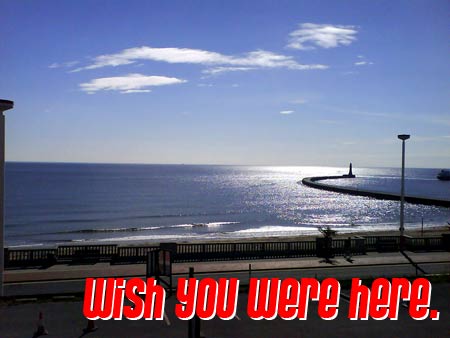 A few days before the exhibition was due to open, and after a very heavy night of drinking and graffiti, agents Bristly Pioneer and Diving Arms Dealer boarded a coach to make the seven hour journey up to Sunderland. Agent Invisible Parsnip was due to meet us there after having travelled across from Manchester. As we got off the coach we were met by someone asking if we were the Space Hijackers! For a split second, we thought that our imfamy had preceded us, however it turned out to be Agent Foxglove (someone we had only know before via our online forum).

Immo met up with us the next day and somehow we all managed to put an exhibition together. Well to be honest this was mainly due to Dean and the other technicians at the gallery who were absolute stars. The morning the show was due to open, we were awoken by an eager Immo who was determined to swim in the north sea. Intelligently Invisible Parsnip decided to stay on the beach, whilst the rest of us froze ourselves to death in the ice water. Still it set us up for the day, and in true hijacker style we got the private view rocking. Tequila Shots, Pole Dancing, Bridge Climbing, Dancing our socks off in a local club, Getting thrown out of said club and snogging the locals! 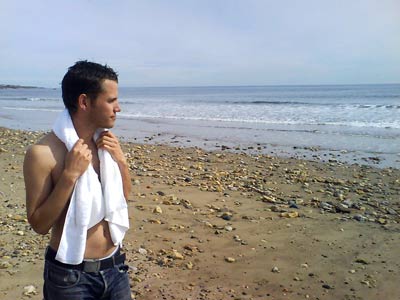 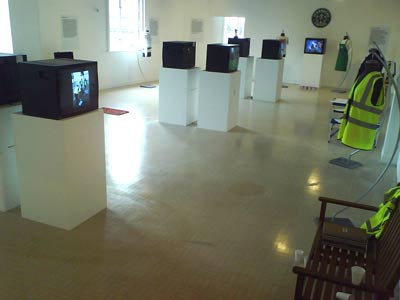