The story goes a little something like this. Once a month the Space Hijackers get together for our planning meetings in our top secret Limehouse HQ. Here we check the colour of people's underwear, crack open a drink or two and come up with our latest and greatest plans. We argue, we shout and we eventually decide on the shape of our ridiculous projects.

The June 2007 meeting was no different from any of the others. We had a debrief over our Mayday action and started planning more cricket matches and an exhibition in The Northern Gallery of Contemporary Art. As the meeting went on, things got more boisterous and we decided to move on over to the pub next door.

At about 10:30pm around 15 Space Hijackers stumbled through the pub door into what seemed to be a rugby club party. We ordered drinks and carried on plotting and scheming. However a bunch of skinny drunk anarchists in a pub full of 6ft cropped haired beer swilling 'lads' was never going to be a good mix. Before long we were jostling into each other and the rugby birthday party were asking us who we were, and why we were gatecrashing their do? So we asked them right back, what they thought they were doing in our local? This was when things began to get a little strange. 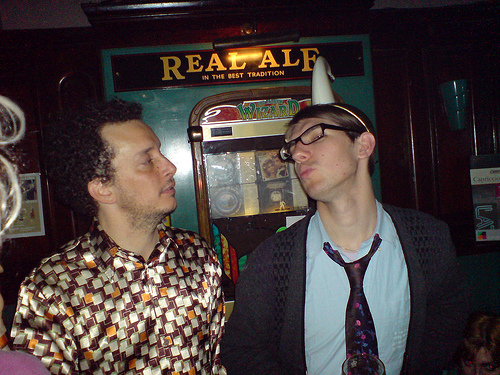 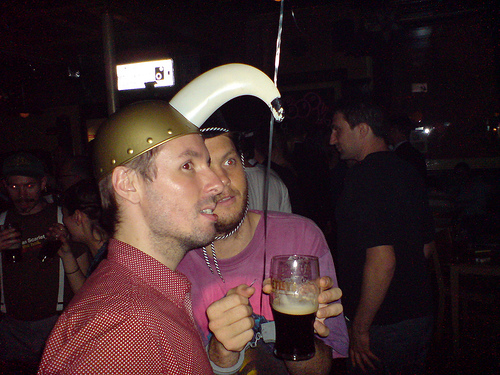 It turns out the party was the 40th Birthday party for one of Limehouse CID's officers, and that the rugby lads were in fact all off duty Police Officers! Not only this, but they also had a claim to the pub being 'their local' as it's just 2 streets away from Limehouse Police Station.

After introducing ourselves as the local Anarchist trouble makers, it seemed there was only one way to settle this turf war.

Curiously enough drink had flowed by this point that the Police rose to the challenge. The Police shuffled over to one side of the pub, as the Hijackers collected on the other, agent Spritely Monkey put a few quid in the jukebox and before you knew it RUN DMC were blaring out of the pub speakers.

Much to the annoyance of the disgruntled landlord we then pushed all of the tables and chairs to the walls to create a dance floor ready to burn.

First up were the CID crew, with fat Police waving their hands in the air along with the music, their chief dancer took to the floor. Pulling the classic one hand behind the head, one hand holding your ankle and and popping your chest out to the music move he started well. Whoops and hollers from the Police and the Hijackers kept him going as he then burst into robotics, before finishing off with the wave hands we all practised in school playgrounds in the 80's. 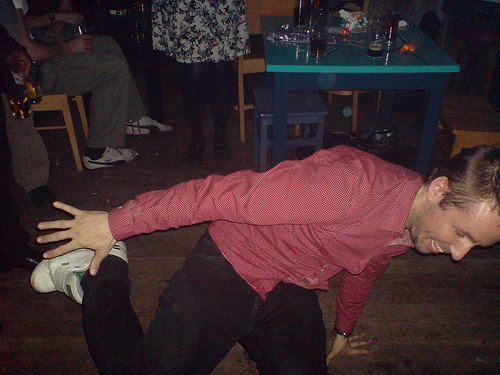 The bar had been set, and it was time for the Hijackers to rise to the challenge. Thankfully, an ex-member of East London's Le-Boeuf collective happened to be in our ranks. Then known as "Quatre Vingt Dix Neuf Style" Agent Bristly Pioneer had cut his BBoy teeth on the streets of Whitechapel and Newquay. After being inspired to set up a Breakdance collective following a trip to Paris to research the Situationist International, Quatre Vignt Dix Neuf Style, TRC LaRochelle and MademoisELLE had been busted moves all over London in their own 'special' way.

Kicking straight off with a handstand then crashing down into a spinning six step, the competition was on. The Hijackers jeered the Police as QVDNS pulled out his old moves, coming to a finale with a back spin! 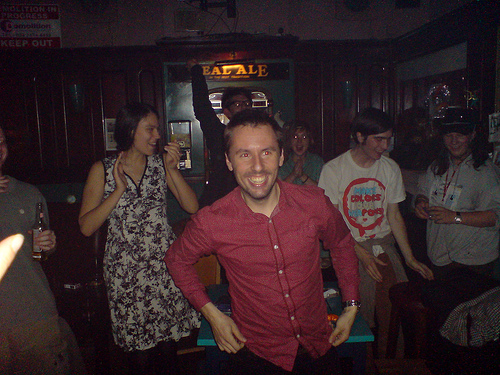 The Game was over, 1-0 to the Hijackers and no mistake. Alas just as we all took to the dance floor to celebrate our win over the forces of evil, the landlord rung the bell for last orders and called time at the bar!

The Police, alas all ran home to their wives and children as we continued dancing into the night, not really sure if the whole thing had been a hazy beer fuelled dream.