The Space Hijackers are a group, who primarily interact at our monthly planning meetings, at training nights, on the internet and of course whilst causing trouble on actions. Training camp, was thought up as a way of letting us escape the city and spend some quality time with each other to knowledge share, bond more and work as a group. However at some moments it felt a bit more like a reality TV show for miscreants.

After being rejected from several campsites for wanting to burn things, not being religious enough or generally being to old, we finally settled upon Tanners Hatch, in the box hill area of Surrey. A short train journey from London, but with the feel of being a million miles away.

DAY 01 in the Hijacker Camp 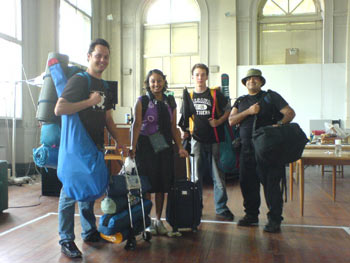 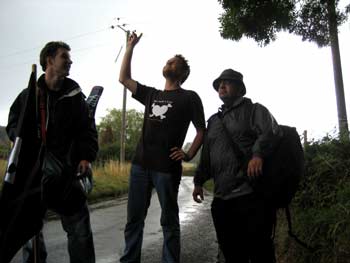 Aneeta, Che, Greenman and Zargof were the first to arrive, after picking up equipment at Space Hijackers HQ in the morning. Later in the evening, the other agents turned up, to find a fully set up campsite, with burning fire and a tarpaulin covered communal area. 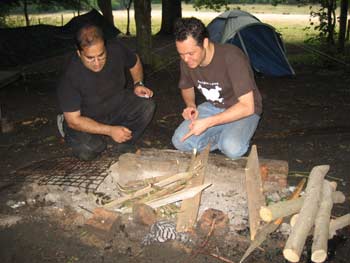 Chief cook agent Aneeta rustled up some lovely food, whilst others trekked for logs for the fire. The darkness drew in and the hijackers slept well with bellies full of booze all retiring to our tents, except Agent Che Stadium (our resident commando) who slept in his hand made shelter.

DAY 02 in the Hijacker Camp

After foolishly believing the rest of the camp that we would be up at the crack of dawn for fencing and a run, after a heavy nights drinking, Agent Zargof attempted to wake the camp with cutlasses and an old wheelbarrow. Undeterred we slept through most of the barrage of noise, and arose at a leisurely 10am. 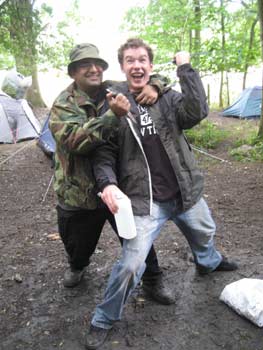 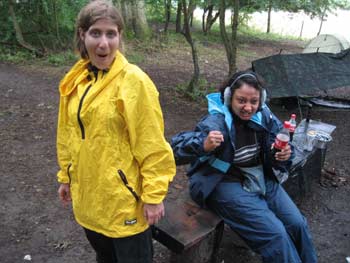 It was time to explore our surroundings, and we decided to go on a 6 mile walk of the local area, exploring the woods, hills, fields and wildlife. Before this however, we had to fill ourselves with a generous portion of sausages, beans, bread and tea. 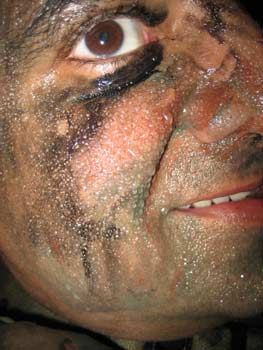 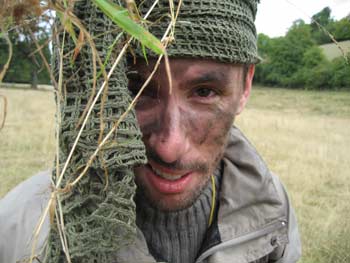 Agent Che Stadium took charge of the hike, informing us that he would be passing on valuable outdoor, commando, and survival skills. He pulled out a pack of face paint, so that we could camouflage ourselves, and then lead us to a barbed wire fence leading to the next field.

Agent Zargof was the first to attempt to traverse the fence, and did so in an expert manner, rolling under the wire like a stealth cat. We were all shocked at his skill, that was until we heard him cry out, as his hand landed slap bang in the middle of a fresh cowpat! 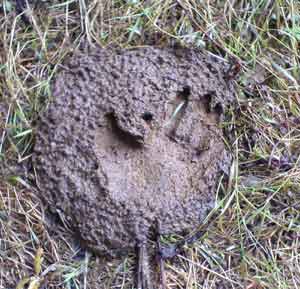 The rest of Team Hijacker decided to take the fence at a more leisurely pace.

Agent Zargof however was undeterred by his stumble, and his mind was quickly taken off the matter by his new found hobby. Indeed Mr Zargof found that he had a new mission in life, to become the worlds greatest whittler. Knitting needles, forks, spoons, you name it and he could turn a twig into it. Infact once he had discovered this skill it was hard to get any other conversation out of him for the rest of the camp.